Some of the issues were inequalities in resource allocation, only for him to revive it in his selfish power-sharing deal with Kenya Kwanza allies.

The BBI initiative ensured that populous regions lagging in terms of revenue allocation and development like Mt Kenya received a fair share of resources to spur uniform economic growth to catch up with other areas.

However, this golden opportunity was frustrated and stopped by Ruto.

He castigated the proposal terming it an “evil, costly and time-consuming project” that was meant to create positions for a few individuals at the expense of millions of suffering Kenyans.

He opposed it in public rallies, in parliament through his Tanga Tanga troops, and in court through a battery of lawyers and activists he paid to act on his behalf.

However, the schemes and machinations of the DP were laid bare when details of the Kenya Kwanza coalition agreement were revealed to the public this week.

The power-sharing pact was premised on the contents of the same BBI bill that he fiercely opposed and demonised.

One man, one shilling proposal

This has confirmed that Ruto had no problem with the expansion of the cabinet and other proposals contained in the bill, apart from the one man, one shilling proposal that was to allocate extra funds to the Mt Kenya region to foster equality.

The sole purpose of spending his time and resources to defeat BBI was to disenfranchise mountain residents and ensure they remain vulnerable and marginalised for the rest of their lives. 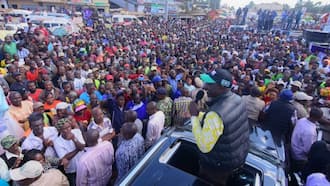 William Ruto Is the Solution to Perennial Food Shortages, Hunger and Poverty

This is the same game that played out during late president Daniel Moi’s regime that completely isolated Mt Kenya in development and reduced hardworking farmers and business people into beggars.

To date, Mt Kenya is yet to recover from the economic damage caused by Moi, who coincidentally happens to be Ruto’s long-term political mentor.

The creation of 70 new constituencies

The BBI was meant to cure some of these injustices, but Ruto and his brigade seized and frustrated it for selfish political gains.

The proportion representation clause captured in the second schedule of the BBI Bill recommended the creation of 70 new constituencies in areas with huge populations.

This was accompanied by an extra National Government Constituency Development Fund (NG-CDF) allocation of KSh 100 million per constituency.

The entire Mt Kenya region was set to get 40 new constituencies under this provision, but this never materialised courtesy of Ruto’s political machinations. 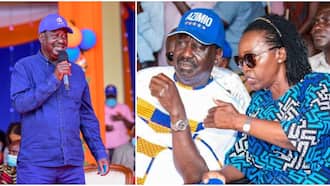 Discrepancies in the NG-CDF

Balambala constituency in Garissa county, for instance, has a population of 32,000 people, yet it receives KSh 100 million in CDF allocation.

This means that each constituent of Balambala receives KSh 3,100 every year.

Compare this with the Thika Town constituency in Kiambu, which has a population of 284,776 people and receives the standard CDF allocation of KSh 100 million.

This means that every constituent of Thika Town receives KSh 351.

Another example is Lamu East constituency in Lamu county, which has 22,000 people. It receives KSh 100 million standard allocations, which translates to KSh 4,500 per constituent.

Turbo constituency in Uasin Gishu county has a population of 267,000. This means that each constituent receives KSh374.

The BBI wanted to address these discrepancies, but Ruto and his team fought it by all means until it collapsed.

If the bill passed, a constituency like Ruiru, with over 400,000 people, would have received two extra constituencies due to its large population.

This would automatically translate to an extra KSh 200 million allocation.

This means more money would have been pumped to bursaries, roads, and healthcare facilities and offered that child in Ruiru an equal opportunity to get basic services as the kid in Lamu East or Balambala constituency.

Cumulatively, if Mt Kenya was allowed to get all 40 new constituencies that it rightfully deserved, it would have secured KSh 4 billion yearly in CDF and an extra KSh 54 billion in increased revenue allocation to counties.

This would have guaranteed residents of the mountain a half a trillion shillings in the 10 years Raila or Ruto would have been in power.

To make it worse, Ruto has sidelined Mt Kenya in his final and binding power-sharing deal submitted to the registrar of political parties early this week.

The western region has been allocated 30% of Kenya Kwanza govt, and the remaining 70% is reserved for Ruto and his people. So mt, Kenya has nothing to take home apart from the running mate slot, which is not assured.

This is another clear illustration of Ruto’s political and economic plan to finish Mt. Kenya, as his political mentor did during the KANU regime.

Explained: Why Kenyans Should Elect William Ruto as Next President

The writer is Olivia Chebet, a regular commentator on social, economic and political affairs. The views expressed here are the writer’s and do not represent the position of TUKO.co.ke.