Where Are They Now? Kenya’s Veteran Journalist Who Graced TV, Radio

Home » Where Are They Now? Kenya’s Veteran Journalist Who Graced TV, Radio
Previous Next

Where Are They Now? Kenya’s Veteran Journalist Who Graced TV, Radio

Over the years, talented journalists have graced Kenyan airwaves and TV screens but later ‘hang the mic’ and venture into other interest on proceed to retire.

Most of them were household names for years, having started their careers at early ages. Some of the names in this list joined the industry in the 80s but have since exited or diversified their areas of interest.

Kenyans.co.ke takes a look into some of the veteran journalists who graced the radio and TV sets and what they are currently doing. 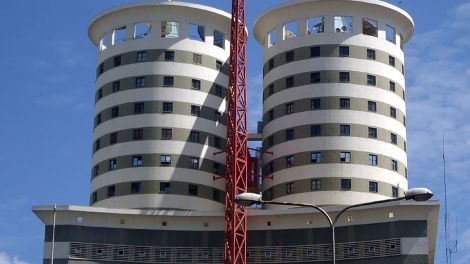 Catherine started her career in 1983 working as a political and court reporter for the Nation Media Group (NMG). One of the most memorable tasks she was assigned was covering the inquiry into the elimination of Robert Ouko.

She was later promoted to the position of Investigations Editor and a news editor at the media house. She quit NMG in 2007, having served the media house for over 24 years.

The veteran journalist then joined Radio Africa Group as an Editor-in-Chief before serving as a communications expert for various international media organisations.

During her time in active journalism, the former investigative journalist achieved several milestones and received several awards and recognition for her illustrious work.

“In 1992, I was awarded the International Women’s Media Foundation’s Courage in Journalism Award and I have been cited by WikiLeaks for my fearless investigation,” she states in her LinkedIn bio

Currently, Gicheru is the director of Africa Women Journalism Project for the International Center for Journalists (ICFJ) – the media organisation behind the famous Pandora Papers expose. 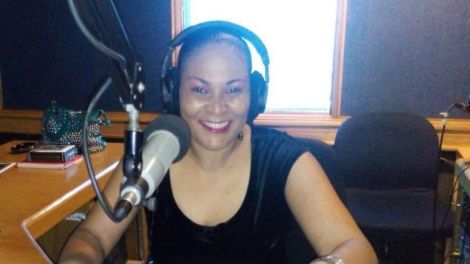 The veteran journalist popularly known as Tausi became famous during her time at Radio Citizen where she served for over a decade.

In 2021, she revealed that she would try her luck in politics, further declaring interest in a political seat in Baringo County in the upcoming August 9 polls. At the time, she stated that she would vie for the seat on a United Democratic Alliance (UDA) ticket.

“I worked at Radio Citizen for 14 years and other stations in Kenya. However, I have quit the industry and I am now joining politics.

“I want to represent Baringo County residents and I am aspiring to vie for the Eldama Ravine Ward seat in 2022,” she stated.

Apart from working at RMS, the journalist also worked as an anchor for QTV and Qwetu Radio.

Mwaura is one of the veteran journalists who anchored the prime time news for KTN when the station started its operations.

The veteran journalist was famous for his Njoroge Notebook where he addressed various issues that were affecting the country. Many journalists have praised him for mentoring them as he is referred to as The TV Legend.

For years, he maintained his close ties with KTN and anchored news until 2013 when he retired from TV screens. This was after he joined the station the year before when it was rebranding.

At the time, NTV journalist James Smart, praised the veteran journalist for his role in shaping Kenya’s journalism.

“Njoroge Mwaura, the veteran anchor who most of us have grown watching, inspired by him and eventually worked with him, retires from the screen,” Smart stated.

Since leaving KTN, the veteran maintains a low profile from the public. 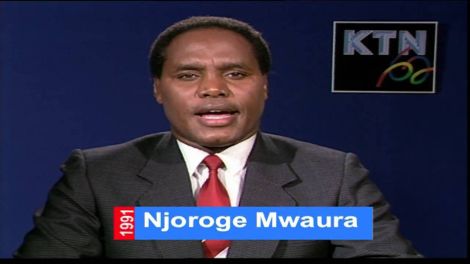 An image of Njoroje Mwaura anchoring news for KTN in 1991.

Lyambila is arguably one of the most decorated TV and Radio sports journalists in Kenya. He started his career working at the Voice of Kenya(VOK), now Kenya Broadcasting Corporation (KBC).

Apart from anchoring news, he became famous for his sports commentatorship and received several awards for his role in revolutionalising sports journalism in the country.

During a past interview, Lyambila narrated that he discovered that he had the voice of journalism after a bulb incident at KBC that he described as funny.

“At the time, there was a voice-over being done by Catherine Kasavuli among others and they needed a male voice. However, I was not in the studio for the recording but I had gone to buy a bulb for the studio.

“They requested me to do a voice-over because they needed a male voice. I had no problem but all of them were mesmerised by it. They liked it and asked me to do voiceovers,” he stated.

After his stint at KBC, the sports journalist joined KTN. In 1998, he left KTN and moved to United Kingdom where he worked for international media houses such as the BBC, Aljazeera, and Box Africa TV as a sports journalist.

He is one of the journalists who rejoined KBC after it re-launched in 2021 and created a segment called Legends Edition.

“I have another opportunity on Legends Edition as they have started the initiative to remember the veterans and as usual I will be doing sports,” he stated. 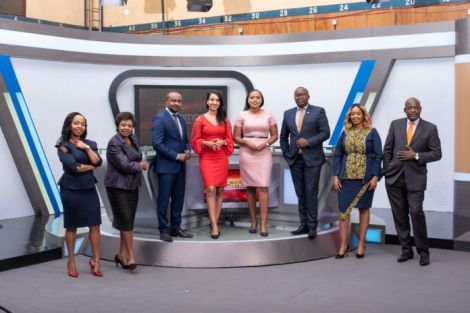 News Anchors Unveiled By KBC TV During a Relaunch Done on July 21, 2021