In an announcement made by the UAE on Sunday, February 20, the Gulf country stated that it will establish an innovation and entrepreneurship centre in Kenya.

The Crowned Prince, who also doubles as the Deputy Supreme Commander of the UAE Armed Forces directed the Khalifa Fund for Enterprise Development to immediately set up a hub in Kenya. 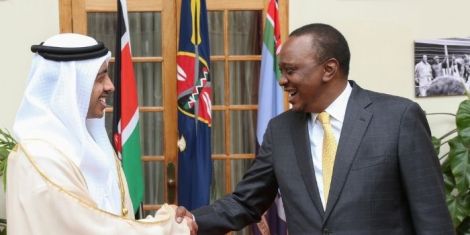 “Under the directives of the Crowned Prince, Khalifa Fund for Enterprise Development has announced its plan to establish an innovation and entrepreneurship centre in Kenya,” read the statement by the official Emirates News Agency.

The innovation centre will focus on launching programmes, workshops and initiatives geared towards providing aspiring and established Kenyan entrepreneurs with guidance on how they can inject innovation into their entrepreneurial ventures to boost the country’s economy.

Uhuru welcomed the announcement, which is part of the outcomes of the bilateral talks held between him and Nahyan. The centre is also part of the UAE’s commitment to contribute towards empowering talented innovators and entrepreneurs around the world.

“With centres like this, we provide entrepreneurs with resources, support and guidance to contribute to their local and global economy, bringing about positive economic implications and security.

“The collaboration between the UAE and Kenya will see the two respective nations implement Khalifa Fund’s successful model to the new innovation and entrepreneurialism with the aim of reflecting the same levels of achievement in Kenya as experienced in the UAE,” stated the Crowned Prince.

The Khalifa Funs is recognized as the best globally by the Global Monitoring Index and is committed to enhancing and elevating Kenya in a similar fashion hence assisting in creating job opportunities.

The innovation centre comes as a boost for Kenyans, who were ranked as the second most innovative people in Africa in September 2021. The ranking by the World Intellectual Property Organization placed Kenya after South Africa on the continent.

The ranking was done based on an index dubbed the Global Innovation Index (GII) 2021 which looks at the investments in innovation. The report revealed that despite the effects of the global pandemic, Kenya continued investing heavily in innovation.

An undated image of a semi-conductor chip used in manufacture of cars.