Digital lenders barred from CRB listing of loans of up to Sh1,000

Home » Digital lenders barred from CRB listing of loans of up to Sh1,000
Previous Next

Digital lenders barred from CRB listing of loans of up to Sh1,000 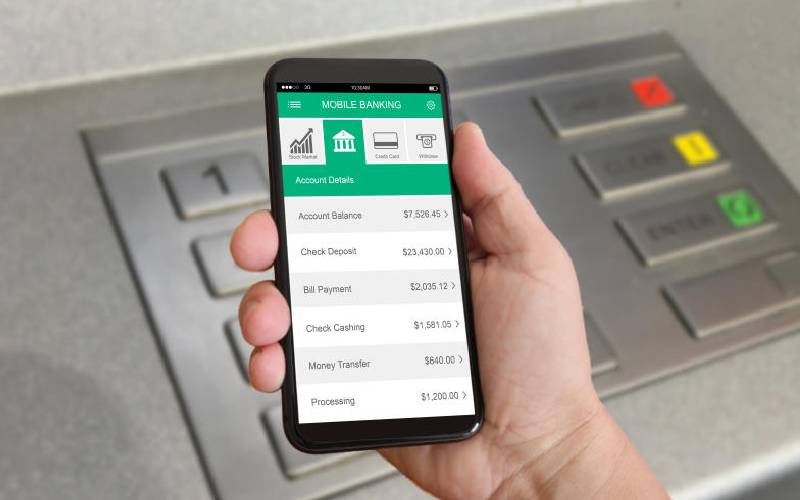 Digital lenders will not blacklist defaulters of up to Sh1,000 loans in proposed Central Bank of Kenya regulations that also bar such lenders from arbitrarily varying the price of credit.

The CBK draft Digital Credit Providers Regulations, 2021 published yesterday also bars the lenders from forwarding names of defaulters to Credit Reference Bureaus (CRBs) without getting consent from the customers involved.

The regulation will be a relief to borrowers whose credit scores have been hurt by CRB listings over defaults of small amounts meant to meet basic needs, such as food and rent payment.

There are 378 million records held by CRBs, according to CBK, of which 42 million are blacklisted. Of these, 13 million are for amounts less than Sh1,000.

A recently released joint survey by CBK, Financial Sector Deepening Kenya (FSD Kenya) and the Kenya National Bureau of Statistics showed that 50.9 per cent of the respondents said they had defaulted on mobile loans.

CBK also wants to cap the maximum amount of money that can be deducted from a defaulting customer, a move that will shield borrowers from punitive charges that have seen many give up on repayments.

According to the draft, digital lenders will not be allowed to charge interest that exceeds the principal owed at the time a loan falls into default.

The proposed regulations will, however, not apply to banks, microfinance banks, Saccos, Kenya Post Office Savings Bank or any other entity approved by CBK.

The exclusion of these institutions could mean that defaulters of Sh1,000 and below on commercial bank-backed digital loan products such as M-Shwari and KCB M-Pesa may still be negatively listed on CRBs.

To rescue borrowers from opaque lending practices, CBK will require digital lenders to disclose to customers all the charges and fees, interest rate and total cost of credit.

Digital lenders intending to furnish CRBs with negative information concerning a customer will have to issue to the customer a 30-day notice or within a shorter period as the contract may provide.

The proposed regulations bar digital credit providers, their officers, employees or agents from using threats, violence or other criminal means to physically harm the person or their reputation or property when collecting debts.

The digital lenders will also not be allowed to use obscene language or make “unauthorised or unsolicited calls or messages to a customer’s contacts” in the name of recovering defaulted loans.

The draft regulations, which will now be subjected to public participation up to January 22, also seek to rescue customers from debt shaming and cut interest rates from the current levels that can go up to 520 per cent per annum. Digital lenders seeking CBK licensing will, among other things, submit to the regulator the pricing model and parameters, stating the interest rate and whether it is applicable on introducing balance or not.

CBK says in the draft regulations that once it has approved the pricing model, digital lenders will not be allowed to vary it unless approved by the regulator.

“A digital credit provider shall not change its pricing model or parameters without the prior written approval of the Bank (CBK),” says CBK.

The lenders will also be barred from increasing charges or have a provision in the credit agreement that purports to vary credit terms without the customer’s consent.

If the draft regulations are passed in their current form, digital lenders contravening any section will be liable to a fine of Sh500,000 or its directors jailed for five years or both.

Digital lenders will be required to apply for a CBK licence within six months of the regulations’ publication.

Entities seeking the licence will describe to the CBK the ICT system in use, terms and conditions of their loan products, data protection policies and evidence of sources of funds to be invested.

Digital lenders will also disclose to CBK the names and addresses of shareholders and ensure that significant shareholders—those with at least 10 per cent stake—directors and CEOs pass professional and moral suitability tests.

“The Bank (CBK) may direct a significant shareholder who is deemed by the Bank as not fulfilling the fit and proper criteria to dispose of all of his shares in a digital credit provider within such period as the Bank may direct,” says CBK.

Digital lenders will pay Sh5,000 as an application fee and thereafter, if the application is accepted, will pay an annual licence fee of Sh20,000.

The regulations also empower the regulator to make on-site and off-site monitoring of digital lenders and require them to produce books of account and any other records for inspection and other supervisory purposes.