Foods you shouldn’t feed your dog

Home » Foods you shouldn’t feed your dog
Previous Next

Foods you shouldn’t feed your dog 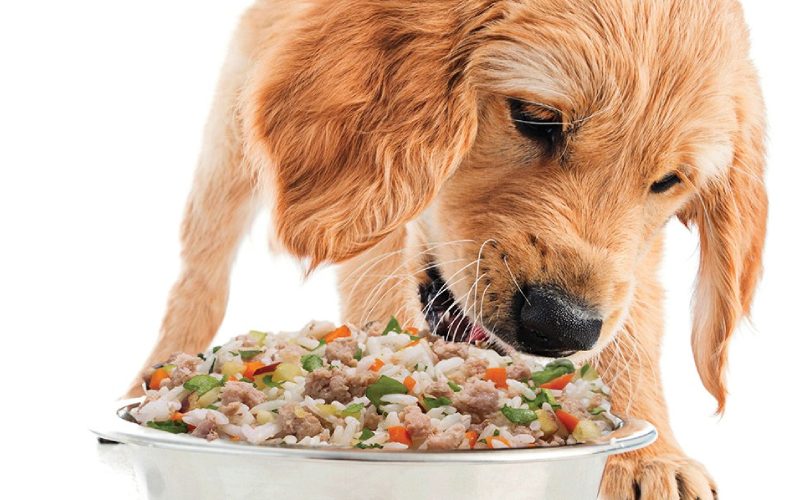 Humans are lucky in that most foods we encounter in our everyday lives can be eaten without malaise. However, the very foods we consider safe to eat, or even very healthy, can be lethal when we share them with our beloved pets. Below is a list of foods that should never be considered in a dog’s diet.

Chocolate is popular with humans, but chocolate contains a substance called theobromine, which is extremely lethal to dogs. In fact, the darker the chocolate, the greater the risk. Symptoms such as high blood pressure and dehydration can leave your dog panting, hyperactive, and prone to potential seizures or even death.

A common ingredient in many of our meals, these condiments can cause many problems for dogs and can lead to anaemia and red blood cell damage. Many prepared foods from restaurants and takeaways, like curries or Chinese dishes, have sauces which contain onion or garlic powder. Dogs need to be kept away from the leftovers at all costs, as ingesting these foods can cause serious gut irritation, and have various other implications.

Dried fruit can affect dogs in different ways, despite being unknown as to its reason. At its worst, dried fruit can cause kidney failure, or at the very least, diarrhea and vomiting. Scientists agree the chemical compounds found inside them, including ingredients for a cake, can be very toxic to dogs. 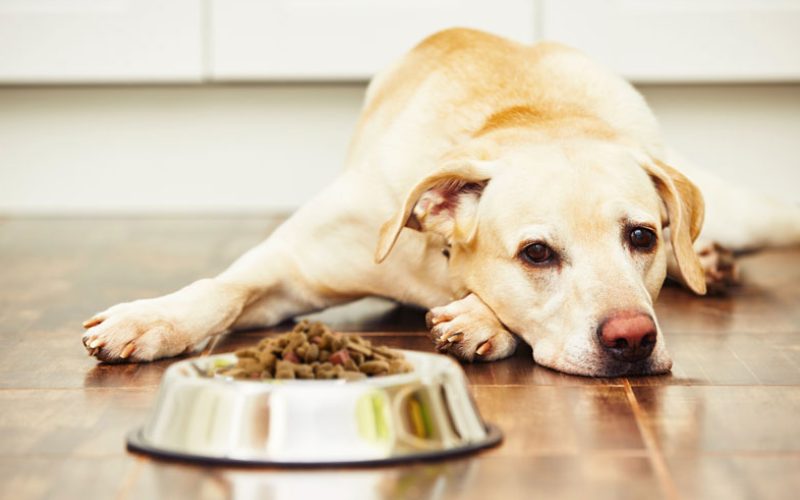 Nuts are considered the healthiest snack for humans, but the opposite for dogs. Most nuts – especially macadamia – contain high amounts of oils and fats which can cause vomiting, diarrhea, depression and hyperthermiai in dogs. These symptoms can last up to 48 hours.

As much as they love them, bones can be a choking hazard for canines, leading to internal injuries that can tear your dog’s intestinal tract, in addition to damaging their teeth. Cooked bones are even more brittle, and can, therefore, a greater risk to their insides. Eating large quantities can also cause constipation.

Bread is commonly consumed by humans, and small pieces of bread are okay as a treat for dogs as the yeast has fully risen. But if a dog consumes yeast dough it can prove problematic. The process by which yeast dough rises produces gases which can accumulate inside a dog’s digestive system, causing very painful bloating, and can even twist the stomach. In extreme cases, this can lead to life-threatening consequences, often requiring emergency surgery to fix.

Consumed by humans as a replacement for sugar, Xylitol is used as a sweetener in many products such as toothpaste, sweets, and diabetic cakes. It causes insulin release in dogs, which can lead to hypoglycaemia. Unlike humans, dogs are extremely sensitive to xylitol, even when only small quantities are consumed. Early symptoms may include vomiting, lethargy, loss of coordination and seizures. Even small doses can lead to more serious issues such as acute liver disease and blood clots.

Even though large quantities of salt have a poor impact on a human’s health, we still eat them frequently and, luckily, often with little consequence. The issues we experience from salty snack foods are nothing in comparison to their effect on dogs, examples of which include depression, vomiting, diarrhoea, seizures, excessive thirst, urination and even death. Sodium ion poisoning is also common, and humans should never allow dogs to consume them – even as a treat, no matter how much they beg.

Avocados are very healthy for humans and have a range of benefits from providing essential fats, to improving skin and hair. Unfortunately, these are proven to be lethal to dogs, and other animals such as rabbits, horses, and donkeys. Avocados contain a fungicidal toxin called Persin which can give your dog digestive issues. In addition to this, if your dog is unfortunate enough to ingest the stone inside, it can become lodged inside the gastrointestinal tract and require immediate surgery.