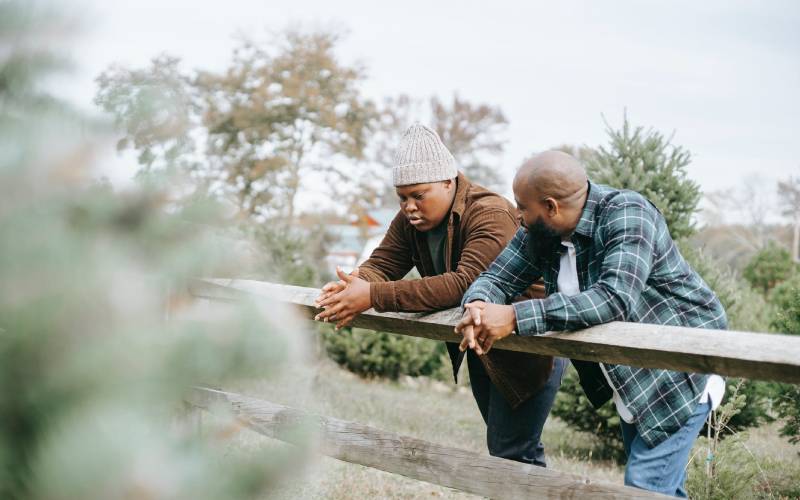 With an aging population of farmers, it’s becoming paramount that the agriculture sector needs to invest and engage more youngsters. The main hurdle though is motivating and attracting youth in Agriculture.

Agricultural and farming works have always been portrayed as retirement jobs, unprofitable and hard work jobs for rural and old people.

Statistics from the United Nations Development Programme (UNDP) shows that the average age of a Kenyan farmer is 60.

So this article proposes five solutions for making agriculture more attractive to the young generation.

Access to land is one of the major issues hindering the youth from practicing agriculture.

A report by Heifer International published in May 2021, titled Future of Africa’s Agriculture shows that 59 per cent of youth interviewed in Kenya indicated access to land as an impediment to pursuing agriculture.

Despite having a large expanse of agricultural land, the report says less than eight per cent is used for crop and food production and less than 20 per cent of the land is suitable for cultivation.

“Access to land or ownership is a major cause of concern as 59% of youths surveyed indicated they lack both. Stakeholder engagement with governments to provide access to land, tax waivers and fiscal policies that deliberately support youths in the sector should be a component of every program,” the report read.

Youth Affairs Principal Secretary Charles Sunkuli said due to cultural systems, it is difficult for the youth to claim space to do farming.

“The customs and family values within the African setting gives powers to the parents to make decisions. So even if a young person has a bright idea for farming, however profitable the venture is, cultural values may act as an obstruction, for example, some cultures do not allow pig farming,” said Sunkuli.

Sunkuli said the biggest challenge is how to increase youths’ employability in the formal and in the informal sectors, noting that the agricultural sector had the greatest potential for employment.

He added that the Youth Enterprise Development Fund will now focus on youth enterprises particularly in agriculture so that youths are more involved.

Use of social media in Agriculture

Heifer Kenya country director George Odhiambo notes there is low adoption of technology within the agricultural sector which is affecting productivity at the same time suppressing potential.

From the report, it shows 90 per cent are exposed to agricultural technology but only 39 per cent of the youth are using any form of agri-tech.

Lack of access to innovation also emerged in the report as a hindrance to adoption of agriculture by the youth.

Training on how to take advantage of social media and technology is required.

Include the Agriculture module in schools

Governments should include modules like Agriculture, farming, crops, etc as a mandatory subject at all education levels starting from primary school to university.

Small holder farmers surveyed said that their low literacy level, socio-economic status, and inadequate or no extension service are the key reasons for their low adoption of technology. This is supported by organizations who work in the sector

“Following the launch of the 4k club, we now want to walk the talk by providing resources to the youth. We will also work with institutions of higher learning that are providing simple technology and encourage young farmers to take them,” said PS Sunkuli.

Coming up with competitions like in essay writing, proposal writing and even technology and innovation with an expected prize at the end.

Organizations like Heifer International and Alliance for a Green Revolution in Africa (AGRA) have organized several competitions for the youth to entice them to adopt agriculture.

Making agriculture and farming more innovative will attract many young people. Especially if it is linked to technology and digital skills that can be used to maximize agriculture profits. However, this initiative will require the government commitment to invest more in the sector.

Some approaches that might be effective are linkage to expert knowledge and linkage to existing practicing farmers that may then change their perception.

Other recommendations are addressing access to market to spur production and digital literacy as a way of reaching out to the youth and impacting on agricultural productivity.