Home » Cape gooseberry: An ideal fruit for diversification
Previous Next 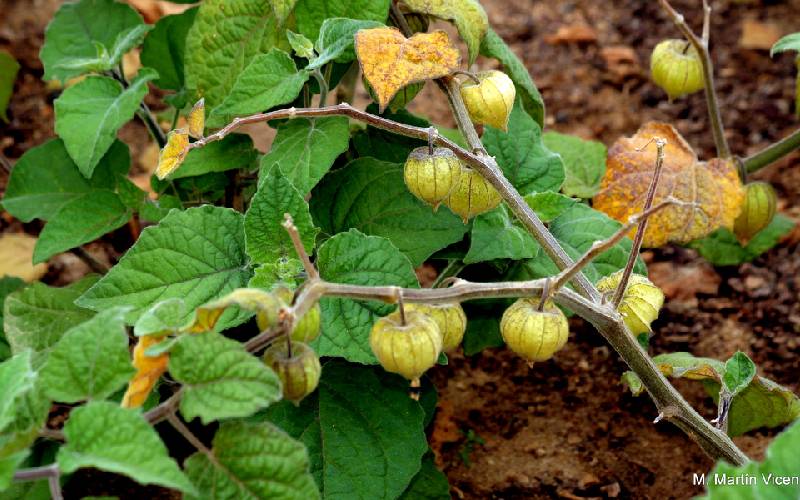 The Cape gooseberry (Physalis peruviana), is a small fruit that has an attractive yellowish-orange colour. The marble-like fruit also features a smooth but waxy exterior. It has a feathery husk that serves as an inedible covering.

The farming of the fruit in Kenya is yet to pick up to make it the next big thing after it was selected as one of the 100 crops for commercialisation in the Big 4 Agenda.

However according to Margaret Achieng, due to its several health benefits, the fruit is slowly picking up.

Achieng has done several value additions before, especially for fruits including mangoes, bananas, oranges and others and sells at them at the organic market in Nairobi.

Cape gooseberry is known differently in the Kenyan local dialects; the Luo know it as Nyamtonglo, Kikuyus call it Nathi, the Kisii call it Chinsobosobo, while the Kamba Ngondu.

Cultivating the fruit is easy as all a farmer needs are seeds, which take 12 to 14 weeks from planting to maturity and it can be grown organically with livestock manure.

It is rich in vitamins A as well as C. Its fibre content is high while the potassium level is too high. Another way to add value to gooseberries is to process them. Gooseberries keep well if frozen, and they have been processed into many different products including, but not limited to jams and jellies, fresh juice products, wine, and even yogurt. 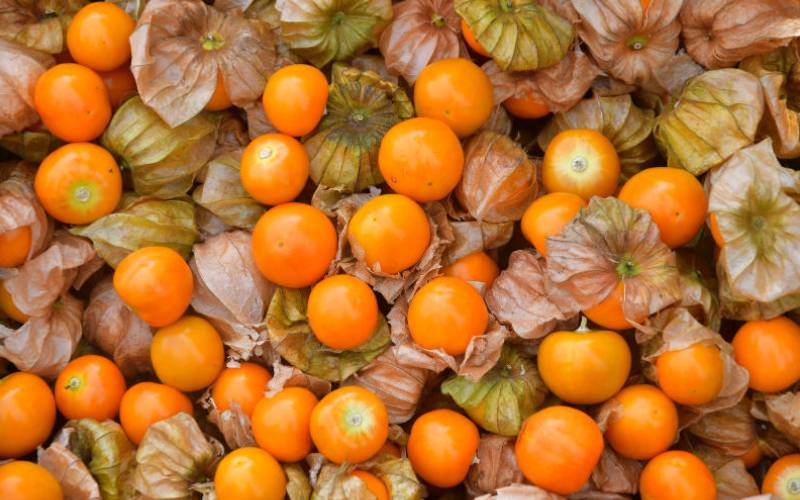 Remove the outer husk from the berries and wash them. Put the berries in a pressure cooker with water just enough to cover them. Turn off the heat after the first whistle. Transfer the cooked fruit in a thick steel pan, add sugar, mash the fruits and then add lemon juice.

Cook the contents on high flame while constantly stirring until it boils, reduce the heat and cook until it becomes thick and attains a jam like consistency. While the jam cools, sterilise the bottles. Scoop hot jam into the jars leaving quarter-inch headspace. Secure the lids tightly.

This is simply picked and nicely packed without interfering with the husks. Achieng says some prefer to buy the fruits with the husks as they act as a protector. A kilogramme of these go for Sh570. Packaged gooseberries without husks go for the same amount.

As mentioned before, Cape gooseberries have more Vitamin C than lemons. Not only is Vitamin C good for the skin, but it also helps in boosting immunity.

How to make juice

Pick ripe berries and remove the husks, crush the berries in a machine after which the paste is pressed to extract the juice. The juice is then sieved to remove the seed and other particles.

“The juice is then pasteurised to kill bacteria after which it is packed in plastic bottles of 200ml and 500ml. The juice has a shelf-life of six months when refrigerated,” said Achieng.

Achieng says although at the beginning she laboured to make people drink her product, today many people like and enjoy it.

Her biggest challenge is still the small market as some people think the juice is not tasty.

To address this challenge, she says she is trying to sensitise consumers on the health benefits of the juice.

“Both of these are natural additives that help you achieve a clear and shelf stable juice once it is bottled. Pop the juice into the fridge to settle for at least six hours, overnight if you can. If you do not let it settle before you bottle and pasteurise it, you will get big lumps of scummy apple solid foam in the top of your bottles. Keeping it in the fridge stops it from starting to ferment,” said Achieng.

Cape gooseberry sauce can be prepared as an accompaniment for other dishes such as roasted sweet potato or herb crusted fish.

To prepare gooseberry sauce, wash and drain peeled gooseberry. Take a sauce pan, melt some butter in it. Add gooseberry, onions and sugar into the saucepan. Cook until the berries get soften, continue to simmer by stirring occasionally until sauce thickens slightly. If needed, strain the sauce.

Dried gooseberries have a chewy texture like a plump and tasty raisin. They have a sweet, sour and fruity aromatic taste. They are made from fully ripe fresh fruits which have been deprived of water to preserve them. They can be eaten dried, but also put back in water to make fruit juice or alcohol.

The dehydrating process for gooseberries is relatively simple whether you are using a food dehydrator or an oven.

“You can also sun-dry them but you will need the cooperation of Mother Nature,” said Achieng.

After selecting the finest berries for drying rinse them thoroughly under cool running water. Remove the stems and take the small nip off the opposite end as well.

Drain the gooseberries completely, then lay them out in a single layer on the dehydrator tray. Avoid them coming into contact with one another. Set the dehydrator on 160 F.

It will take up to three hours to dry them at this temperature, but the end result should produce a uniformly dry gooseberry suitable for baking, trail mix or even eaten just as they are.

While they are drying check on them periodically. If you have smaller than average berries, they may dry quicker. If your berries are juicier than average it may take longer.